Here's some new shots of the Corvette. It is now complete. I drive it every weekend to car shows and it runs excellent . 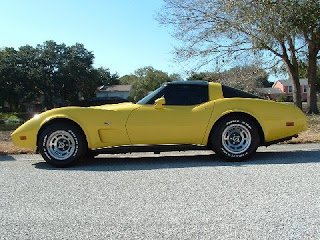 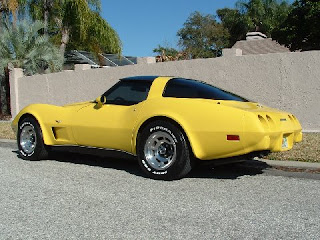 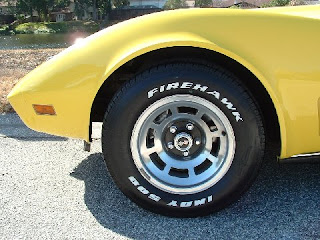 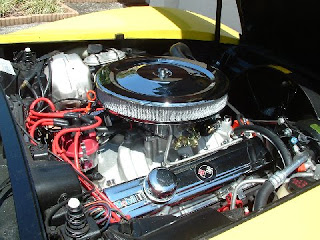 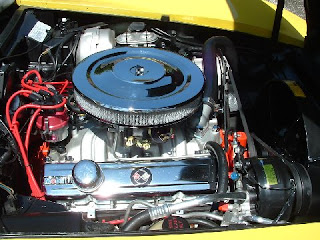 CLICK ON  "OLDER POSTS"  TO VIEW ALL OF THE CARS CONTAINED IN THE BLOG. 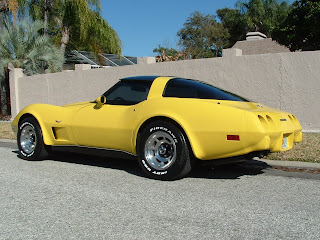 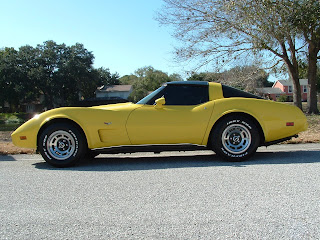 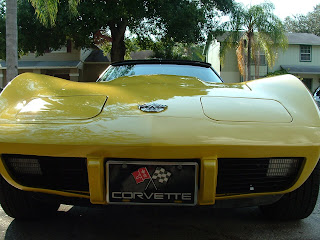 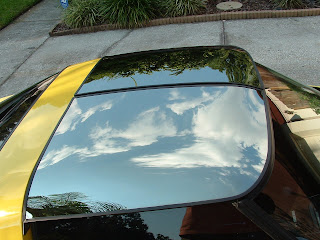 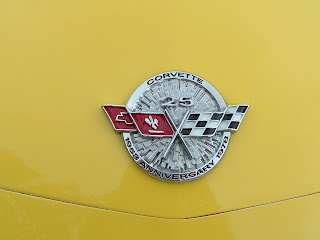 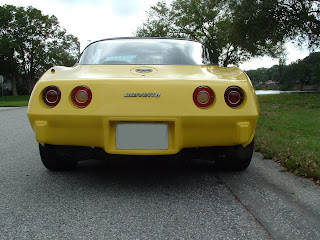 It's yellow but it's no lemon. This is a 1978 Vette 25th Anniversary Edition. The car had only 56,800 original miles. I began working on this car in September 2009 and just finished it mid-December. I started out by detailing the 350 engine and installing a new water pump and all new belts and hoses etc. New 160 degree thermostat, New starter,New Alternator, New Mallory electronic ignition module, Mallory distributor, 45,000 volt coil, New Edelbrock Performance 600 cfm carb, Edelbrock manifold, medium level performance cam, headers, new fuel and air filters, gel battery, New 8mm plug wires, New chrome valve covers and chrome air cleaner and Mobil One oil & Filter. It also has a 4-speed with Hurst shifter and a 3:36 Positive traction rear end. Runs strong and sounds great. With the engine completed I then began working on the interior by installing new front carpet, custom embroidered floor mats that match the exterior color of the car and I dyed the back carpet section and lower door panels, which were in excellent condition, with commerical auto dye. The seats are leather and the drivers side showed some wear so I had a local shop rework the seat. The passenger seat was in very good shape. I got an amazing paint job done again, (original factory color code), using the Mills Brothers shop in Tampa. It has two coates of base paint plus four coats of clear coat. I believe the yellow with black interior is my favorite color combination in Corvettes. It also has a new set of Mirrored Glass T-Tops & GM weather seals (Very Expensive item when the glass is Mirrored), covers for glass tops, tilt-telescopic steering wheel, power windows, factory A/C, factory aluminum wheels, power steering, AM/FM CD player with power antenna and power 4 wheel disk brakes. The interior looks new and the exterior and engine look better than new. I believe this Vette will appreciate in value quickly as the Anniversary Edition was obviously only a one year run and GM only made 932 in this color combination with a 4-Speed. This is a numbers matching car.
I do not know how many of the 932 manufactured are still around 31 years later. My guess would be less than 50%, so this is somewhat of a rare car. 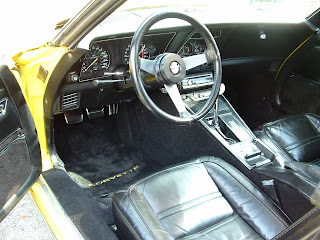 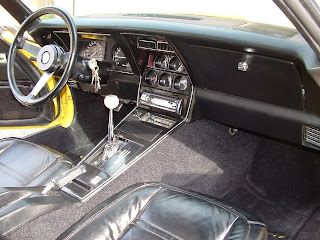 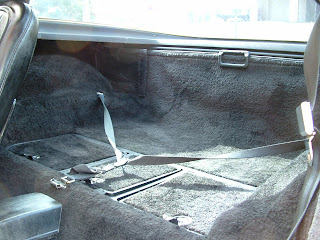 The retail value of the car recently went up again in the NADA Classic car pricing guide, primarily because of it being an Anniversary Edition, so with the restorations I've done as well as the great color combination, fast back rear glass styling and low mileage, it has become a very desirable 70s era Vette.

This is my second Vette, the previous one was a 1965 with the L79 (350 HP) engine and 4-Speed. With a 3:08 rear end and a red line over 6,000 rpm it was probably the fastest top end classic car I have owned. I let it stretch its legs on a two lane highway one night and at 135 MPH I ran out of nerve, but the engine was still pulling strong. I have no doubt it would have hit 145 MPH +. I can honestly say they are a blast to drive.


CLICK ON  "OLDER POSTS"  TO VIEW ALL OF THE CARS CONTAINED IN THE BLOG.

Posted by Chet Szeglowski at 11:54 AM No comments: 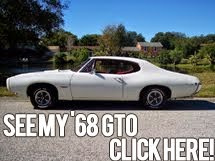